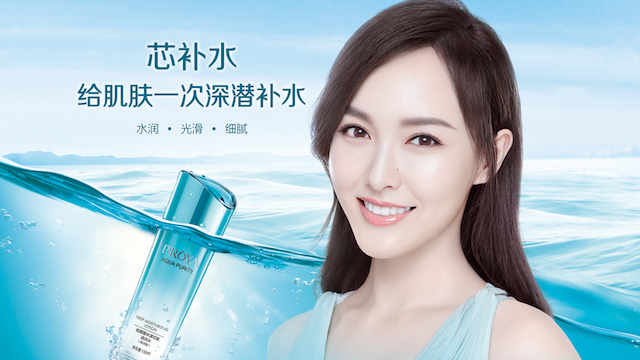 Japanese “Japan Economic News” Chinese website article on June 5, original title: Chinese cosmetics began to show the sense of presence in Japan. The colorful makeup style used by Chinese women captured the hearts of young Japanese. Although Chinese-made cosmetics are currently not easily available in Japan, imports are increasing. This trend may shake the base of Japanese cosmetics companies that sell high-quality products.

Japan’s word-of-mouth website “@cosme“, which has 13 million monthly active users, will launch a special edition of Chinese makeup at the end of 2019. The background is that Japanese influencers began to imitate the makeup methods of Chinese influencers on social media. A 24-year-old woman in Tokyo who learned Chinese-style makeup said, “I want to wear this makeup when I want to make me look more mature.”

Japanese women using Chinese-made cosmetics are also increasing. From the beginning of February 2020, the cosmetics brand “Venus Marble” mainly for the Chinese market began to appear on the shelves of Tokyo Shibuya LOFT, which sells daily necessities. Allegedly, the brand is based in Hong Kong, China, but produced in the Mainland. The brand’s 9-color eye shadow is priced at 2,500 yen without tax. It is at the same price as Japanese cosmetics sold by drugstores.

Chinese brand cosmetics are gradually entering the Japanese market. According to Japan’s trade statistics, imports of cosmetics from China in 2019 were 30 billion yen, including cosmetics produced by Japanese manufacturers in China, an increase of 60% compared to 5 years ago. According to statistics from Euromonitor International, a British survey company, the size of the Chinese cosmetics market in 2019 was US$66.5 billion, double that of 2010 and close to twice the size of the Japanese cosmetics market in 2019 (US$38.1 billion).

We tell those stories about your health and beauty.From the latest skin & beauty news, treatments and therapies, inspiring patient stories, to expert advice, we’re here to help you live your healthiest life every day.